Sažetak
The Faculty of Kinesiology, as a proud member of the University of Zagreb and a higher education institution that is 57 years old, is organizing The International Scientific Conference on Kinesiology for the 8th time. Identically as three years ago, this is a good opportunity to remember some important anniversaries. First of all, this year we celebrate 160 years since Nicolas Dally published his work in 1857 under the title “Kinesiology – Science of Movement in Relation to Education, Hygiene and Therapy”. This was the first book that introduced Kinesiology as a science of movement. The second important anniversary is 20 years since the establishment of our Conference. In 1997 the first International Scientific Conference on Kinesiology was held in Dubrovnik. Until today a great number of leading experts in the field of contemporary kinesiology were keynote lectures and presenters of the most important scientific breakthroughs in the field. Once again, the Conference will be a great opportunity for broadening of scientific insights into this miraculous, beautiful phenomenon of physical activity and its effects – its perfection when performed by sport artists, as seen at the XXXI Olympic Games, its joyfulness when happy children enjoy being competent to be in motion, or when we see eager people who enjoy life and nature because they have enough energy and they are healthy thanks to an active lifestyle. We are especially proud of the 17th place on the medal list thanks to the ten Olympic medals won by Croatian athletes. All fundamental and applied fields of our science will be discussed within 10 tentative sessions and 3 Satellite symposiums. The ultimate purpose of papers or abstracts published in this Proceedings book is to know and understand human beings and to apply the findings in everyday practice of education, sports, health promotion, recreation, sports management and kinesitherapy. The Proceedings Book contains 249 contributions, which were submitted by the submission deadline, written by 557 authors from 30 countries from all over the world. We expect a number of graduate, doctoral and postdoctoral students from Croatia and abroad for whom the Conference School of Kinesiology for Postgraduate and Doctoral Students will be organised during the Conference. From the very beginning the Croatian Academy of Sciences and Arts has given its highly respected patronage to the Conference, thus underpinning the recognition of kinesiology in the structure of sciences. Special thanks go to our partner institutions: Beijing Sports University, China and the Faculty of Sports Studies, Masaryk University, Brno, Czech Republic, to our collaboration institutions: the Lithuanian University of Educational Sciences, Lithuania, the Otto-von- Guericke University, Magdeburg, Germany and the Faculty of Sport and Physical Education, University of Novi Sad, Serbia. We wish to express much gratitude to all the authors, reviewers, participants, members of the Organisation and Program Committee, Section Editors, technical support staff, and sponsors for their contributions, time and effort inbuilt in the quality of the 8th International Conference on Kinesiology and its Proceedings. We wish success in the conference work to all the participants and a pleasant time in Opatija. Convinced that the Conference will give the expected impetus to further cooperation between scholars and institutions, we are looking forward in advance to meeting you again at the 9th International Conference on Kinesiology in 2020. 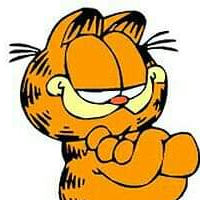