Sažetak
The Dialogus de Hercule a Christicolis superato is a twenty-page text written in about 1519 but not printed until June 13 1524, six months after the death of its author. This text is important for philological study of the oeuvre of Marko Marulić, because this is the only one of his writings that we can read both in the autograph (Cod. Vallicellianus, sign. F 98) and in a contemporary printed edition (Venice: Bernardino Vitali, 1524). Also, this text very clearly &#8212; by its contents as well as by its physical appearance &#8212; signalises its affiliation to Renaissance Humanism. So the Dialogus provides points of reference for assessing how much can we trust the printed works of Marulić, and how does Marulić write when he intends to write as a Humanist. The Dialogus de Hercule is set in Roman type ; does this "mise en page" signal the texts' Humanism? A typographic survey shows that Marulić's works published during his lifetime (and immediately afterwards) can be divided into two groups. Those set in Black Letter type oppose those set in Roman (cf. the table in the text). Research of 15th and 16th century books show that the selection of type depends on local traditions, on the habits of intended reading public, and on the individual printer's preferences and limitations. All four editions of Marulić's works printed outside Italy were set in Roman, while of the seven first editions of Marulić's written works &#8212; all of them published in Italy &#8212; only two were set in Roman, and both by the same printer, Bernardino Vitali. In the Italy of Marulić's age Black Letter (more accurately Italian rotunda) is considered the script of scholarship and religion ; the Black Letter of the De institutione, Evangelistarium, Quinquaginta parabolae, De humilitate reinforces the popular and pious aspects of these books. On the other hand, Roman is the fount of classical and Humanist belles lettres ; in the eye of the contemporary reader, Roman type of two of Marulić's texts &#8212; the Letter to Pope Adrian (Rome, April 30 1522) and the Dialogus de Hercule &#8212; signals Humanism. On the other side of the Alps, however, the connotations of Marulić's works &#8212; as read from the typesetting &#8212; change. In Basel and Erfurt De institutione, Evangelistarium, and Carmen de doctrina were set in Roman, thus "metamorphosing" into Humanist texts. Perhaps this happened because they were written in Latin, or because they were Italian import to German countries ; in any case, intended audience of these texts met Roman type mainly in books of ancient classics and of the modern Humanists. How faithful were Marulić's Renaissance publishers to what Marulić actually wrote? This is an important question, considering that the works whose autograph versions are lost to us comprise Marulić's most influential writings &#8212; De institutione, Evangelistarium, and his epic in Croatian &#8212; the Judith. Regarding this problem, the Dialogus de Hercule helps us to move &#8212; even by a small step &#8212; away from the realm of mere speculation. We know, for instance, that all Marulić's books edited by Francesco de' Consorti of Lucca (which means: the De institutione, Evangelistarium, Quinquaginta parabolae and the Dialogus de Hercule) include Errata after the texts ; there the editor proclaims that he has proofread the text comparing it with the autograph, and lists the errors he found. At least some of Marulić's editors, then, were aware of an obligation to be faithful to their author. But how far did this faithfulness actually go? A comparison of the autograph and the printed version of the Dialogus (see Appendices 1 and 2) reveals differences in the marginal notes, in the punctuation and in the actual text. A comparison also reveals that these differences are not major, though they may affect our reading. As for notes, Marulić's original marginalia are most often left out, or abridged ; but there are also notes that the publisher added, and they are frequently of metatextual nature, aiming to provide some additional help to the reader. Regarding punctuation, in the 1524 edition it is rhetorical, articulating the text per cola et commata, helping the reader to perform it, to read it aloud. This is the same kind of punctuation we find in Marulić's manuscripts. The details notwithstanding, this system (and there is a system, however lax) agrees with the author's general habits ; therefore it is closer to what Marulić wanted and intended than our modern practice of logical punctuation &#8212; marking logical and grammatical structures for the eye of a silent reader. The variant readings sensu stricto reveal a tendency to turn Marulić's more poetic, more sophisticated (Humanistic!), individual and idiomatic expression into Latin that is neutral and more ordinary. However, the editor's interventions are not always consistent ; not even in its attitude towards the autograph. The MS contains some later changes, which the edition sometimes accepts (for example, poetical iuuenta for more common iuuentute, MS f. 8r &#8212; f. 6v 1524 edition), but sometimes rejects (MS f. 20r changes diuina humanaque litteratura to &#8212; supposedly less late Latin &#8212; diuinis humanisque litteris, while f. 16r of the 1524 edition retains the first reading). For all that, it appears that Marulić's Venetian publishers (actually, Francesco de' Consorti, as proof reader, and Bernardino Vitali, as printer) were practically as faithful to the author as the printers and editors of our Split 1992 edition: the Venetian edition diverges from the MS in 16 places, the Split version in 8 ; in both editions the divergences are minor and do not change the meaning or the effect. This speaks in favour of the first publishers of Marulić's texts: we can trust them almost as we trust their modern counterparts. 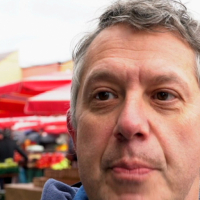