Sažetak
Writing is considered to be the most complex of all four language skills because it involves psychomotor, cognitive, and linguistic activity (Byrnes & Manchon 2014, Bazerman 2009, Grabe & Kaplan 1996). Being driven by universal cognitive and linguistic processes (Michel et al 2019 ; Bestgen & Granger 2014), writing is, at the same time, defined by cultural and social norms, as well as individual, i.e. writer’s features (Keller et al 2020 ; Kubota & Lehner 2004). The complexity of writing is well reflected in text genres which are types of text related to their functions (e.g., narrative, procedural, explanatory, descriptive, etc.). A text genre determines the text structure, its general content and its linguistic features. Based on the set of linguistic features that cooccur in a text, Biber (1988) distinguishes various text types. On the one hand, the presence of certain linguistic features in a text are proven to be relevant variables for describing development of learner’s writing skill (Breeze 2007 ; Chang 2015 ; Bikelienė 2016). On the other hand, specific text types can serve as sources to investigating the use of certain linguistic elements, as exemplified in the presented study. This paper explores the way of expressing causality in argumentative writing in Croatian as a mother tongue (L1), and a foreign language (L2). One of the main features of an argumentative text is to present evidence that prove the author’s claims, which implies logical organization of the text and expression of a cause-and-effect relationship. Accordingly, argumentative texts are valuable sources for exploring causality. In this study, the main research question is how native and non- native speakers of the Croatian language use conjunctions to express causal relations. The focus of the study will be on conjunctions that “mark the speaker’s intention to present two situations as linked causally in the speaker’s mind” (Dancygier 2009: 91). For that purpose, various conjunctions that express causality will be explored, such as (1) causative conjunctions that are used in adverbial subordinate clauses (e.g. ‘budući da’, ‘jer’, ‘zato što’ - Eng. because, because of) ; (2) conjunction ‘pa’ (Eng. so, therefore) used in coordinate clauses ; (3) text connectors ‘stoga’, ‘zato’, ‘zbog toga’ (Eng. so, therefore) used to mark causative relation between sentences. The study is based on the corpus of argumentative essays created for the research project “Textual coherence in foreign language writing: Croatian, German, English, French and Hungarian in comparison” (IP-2016-06-5736). The corpus consists of essays written by native (L1) and non-native speakers (L2 language learners) of five investigated languages. All essays in the corpus are written on the same topic (Life in the city) and comprise 200-250 words. For the purpose of this study 110 essays were analyzed - 55 written by native speakers of the Croatian language (Croatian L1) and 55 essays written by non-native speakers of Croatian (Croatian L2). The analysis was conducted using the program for corpus linguistic Sketch Engine. In addition to the topic and number of analyzed texts, two sets of data are comparable for their other characteristics. Croatian L1 data comprise 911 sentences that consist of 16, 7243 tokens and 2, 348 lemmas, while Croatian L2 data comprise 944 sentences that consist of 14, 424 tokens and 2, 722 lemmas. The preliminary results show that L1 and L2 speakers differ in the use of conjunctions for expressing causality. Overall, Croatian L2 speakers use causality conjunctions two times more (N=213) than Croatian L1 speakers (N=131), which is in line with the findings on L2 speakers’ overuse of various discourse markers (cf. Rodríguez, Vázquez & Guzmán 2011 ; Zolotova 2014 ; Bikelienė 2016). The most frequently used causality markers were ‘zbog’ and ‘jer’ for both groups of speakers. However, L2 speakers tend to use certain markers (zato što, zbog toga) more frequently than L1 speakers. The obtained results will be discussed from two perspectives: development of syntactic and discourse competence in L1 and L2 (cf. Polio & Shea 2014, Neary-Sundquist 2017, Trtanj & Mikić Čolić 2019), as well as cognitive approaches to causality (Knott, Sanders & Oberlander 2001, Verhagen 2005 ; Dancygier 2009). The obtained results will give more insight into the way causality is expressed in the Croatian language by native speakers. Moreover, the comparison of language use by L1 and L2 speakers will contribute to our understanding of the specificities of second language acquisition. 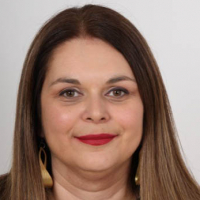